Rails-to-Trails Conservancy (RTC) is this week mobilizing its thousands of members and supporters in Pennsylvania in defense of the Keystone Recreation, Park and Conservation Fund--a immensely popular and successful program that has supported trails and open space creation in that state for the past 19 years.

The Keystone Fund is widely credited for establishing Pennsylvania as one of nation's foremost trails destinations, creating a recreational infrastructure that has saved many towns and communities struggling economically following the demise of mining and other primary industries.

"Keystone is the main reason we have more open rail-trails than any other state in the country," says RTC's Northeast Regional Office Director Tom Sexton. "It has funded thousands of park and recreation projects, and hundreds of miles of trails in every county in the state--including the Great Allegheny Passage, the Pine Creek Rail Trail, the Delaware Canal Towpath, the Lehigh Gorge and the Schuylkill River Trail."

Despite the overwhelming support of residents and businesses, Gov. Tom Corbett has proposed to eliminate the Keystone Fund and send those monies, designated by voters for the creation of trails, baseball fields, trout streams, community pools, bicycle paths and nature centers, among other investments, to the general fund. 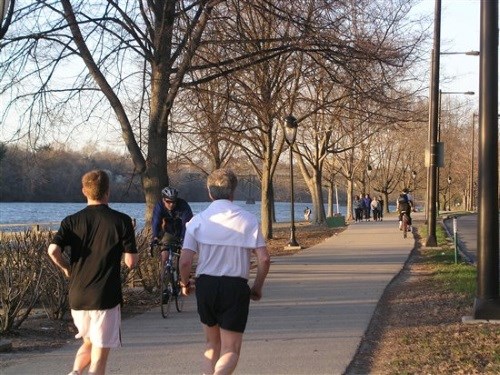 In our continuing efforts to maintain the Keystone Funding Program in Pennsylvania, our partners in the Renew Growing Greener Coalition have launched a petition drive in support of the program.

Our goal is to reach as many signatures as possible today, Tuesday, April 10. In addition to sending an email to your contacts in Pennsylvania, please promote the petition on your social media sites to your friends and family in Pennsylvania:www.petitionbuzz.com/petitions/2012budget.

RTC will continue to keep a close eye on this effort and will update you when there is more to report.