In central Washington, the rail-trail we know as the Iron Horse State Park is one of the truly iconic trail experiences. Part of the broaderJohn Wayne Pioneer Trail system stretching across the state, the Iron Horse's 82 miles pass through one of the most spectacular landscapes in America.

Just not at the moment.

In 2011, the threat of falling debris and rocks inside a number of the trail's tunnel passages caused the tunnels to close, effectively shutting off the trail to visitors looking for a long trail ride or hike. While a number of the tunnels have been reopened since then, tunnels 46 and 47 between Cle Elum and Ellensburg in Kittitas County remain closed, pending funding for the necessary repairs.

Local groups in Washington, including the Mountains to Sound Greenway Trust, are now urging the state to make an appropriate investment in its state parks and set aside the $3 million it would take to reopen the tunnels.

We think this is just smart business. A $3 million investment to repair the currently closed tunnels would return many times that amount in trail-based tourism revenue to nearby communities.

Rails-to-Trails Conservancy has pioneered the use of trail user visitation and spending surveys to accurately assess the value of the trails tourism economy along destination rail-trails. Thorough studies of comparable rail-trails elsewhere in America have revealed an economic impact of between $10 million and $40 million dollars a year, depending on the length of the trail and number of commercial operations nearby, much of it coming through lodging and food expenditure.

Repairing the tunnels would reopen one of America's most spectacular rail-trails and attract trail users from around the world to Washington.

Destination rail-trails like the Iron Horse are big business, and communities across America are investing a lot of time and money to build trails that will attract visitors. Not far to the east, the Route of the Hiawatha in Idaho, a spectacular rail-trail but much shorter than the Iron Horse, gets more than 40,000 users between May and October alone. The challenge there is that there are not many communities or businesses close by that can capitalize on all this traffic. Along the Iron Horse, there are a number of communities that are perfectly situated to tap into this booming, and sustainable, market.

According to a 2012 study by the Outdoor Industry Association, Americans spend about $81 billion in bicycling gear and trips each year, more on than they spend on airplane tickets and fees. 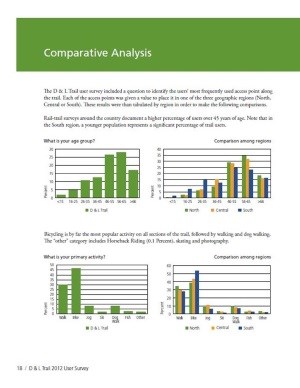 "Investing $3 million to reopen the Iron Horse State Park rail-trail would be a very wise investment for the state, and one that will repay itself many times over in additional consumer spending on meals and accommodation," says our Manager of Trail Development in the Northeast, Carl Knoch, who has been at the forefront of trail user economic impact study. "At 82 miles, the trail is long enough to require overnight stays in local communities, and that's when businesses capture the most economic benefit. But while the tunnels remain closed, trails tourists will go elsewhere. Washington has this remarkable asset that is worth many millions in tourism revenue, but it is not being maximized."

In addition to reopening the Iron Horse tunnels, Mountains to Sound Greenway Trust is calling for state investment in continued trail construction in the region, including the Bellevue Regional Trail, and in Middle Fork Snoqualmie River Basin and Raging River State Forest.

We agree that investing in the preservation and promotion of Washington's remarkable natural resources makes good sense for the state's residents and businesspeople. Lend your support at mtsgreenway.org