I recently pedaled the Silver Comet Trail from Smyrna, Ga., a suburb north of Atlanta, to Cedartown, a small city with an historic downtown near the Alabama border. My ride through the mostly wooded countryside was so pleasant, I didn’t want it to end.

A 2013 study by the Northwest Georgia Regional Planning Commission recommends more than doubling the length of the Silver Comet Trail —at its “tail” end—with spurs to nearby commercial centers and longer extensions to Marietta, Rome and Atlanta’s growing bike-path network. 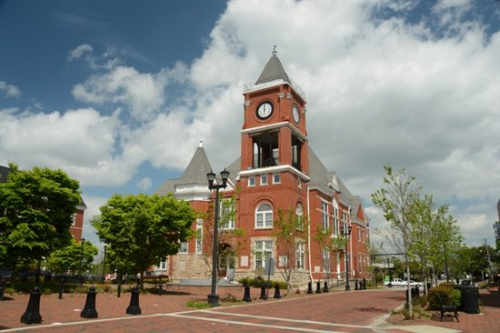 The study finds that every dollar invested in trails creates at least three dollars of return from tourism and recreation-related activities like equipment rentals, restaurants and lodging.

As an added note: Some studies have documented much higher rates of return, such as 900 percent in North Carolina’s Outer Banks and 1,180 percent in Kansas City!

In its present 61-mile makeup, 1.9 million users flock to the Silver Comet Trail each year, which got its name from the train that once sped passengers between New York City and Birmingham, Ala. Survey results conclude that Silver Comet Trail users generate $57 million in direct spending annually on food, clothing, lodging and other trip-related items.

One of the beneficiaries: Frankie’s Italian Restaurant in Rockmart, where cyclists can memorialize their rides by writing on a wall of fame!

Many trail users live in communities that are not adjacent to the trail; the study documents trail users from 23 counties in 8 different states—some as far away as Washington.

Ramona Ruark, Cedartown Main Street director, adds that the visitor log in the Cedartown Welcome Center—a replica of the city's original train station—documents trail users from other countries as well.

More than one-fifth of the people who responded to a 2013 survey stay overnight when visiting the trail—not surprising since roughly 15-million people live outside Georgia but within a 150-mile radius of the Silver Comet Trail. In fact, the study found that these bicycle tourists spend roughly $20 million annually on their visits.

Jackie Crum, owner of the Ragsdale Inn just off the trail in Dallas, estimates that more than half of her guests are Silver Comet Trail riders. “Tourism is wonderful for the local economy,” she explains. “It generates income without the infrastructure needs and tax burdens of residential development.”

Several organizations have calculated the residential property value increases associated with proximity to trails and green space. A fact sheet from Rails-to-Trails Conservancy reports that properties along a trail in Brown County, Wis., fetched a 9 percent premium, and a regional greenway in Apex, N.C., added $5,000 to the sales price of adjacent homes in the Shepherd’s Vineyard development.

The Silver Comet Trail study summarizes that trails are responsible for a 4 to 7 percent increase in property value for homes within one-quarter mile. The study also estimates that the trail is capable of attracting developers to build new houses on vacant land near the trail with a value of up to $41 million, generating an additional half-million dollars in property tax revenue.