Economic Growth: By transforming Louisville into one of the nation’s most livable cities, the Loop will help attract businesses to the region and spark new waves of outdoor tourism.

The Louisville Loop is not just a vision for a 100-miles-plus loop path system, but an essential component for the economic growth and prosperity of the entire region surrounding Louisville, Kentucky. Currently comprising 49 miles of completed trail and another 26 miles of trail in varying phases of design—the Loop will eventually travel through five physiographic regions, each which tell a different story of the history of Jefferson County and honor the legacy of the original Louisville Olmstead Parks and Parkways, designed more than 100 years ago.

Louisville endeavors to model itself after other urban leaders such as Denver, Indianapolis, Portland and Raleigh, whose green infrastructure, shared-use trails, active transportation systems, and safe and vibrant neighborhood districts make them some of the most livable cities in the nation. America’s new economy requires cities to invest in these resources, and with the Loop, Louisville is poised to join the list of most livable cities—attracting businesses and tourists that will fuel the region’s economic growth.

In 2011, Mayor Greg Fischer remarked on the potential of the Loop, stating, “The Louisville Loop will not only set us apart as a desirable city … it will bring us together as a community … it will be a wedding ring for our city … joining neighborhoods … helping connect people to recreation, to their work and to the place they do business.”

1 Estimated at 17 jobs per $1 million spent, according to a study commissioned by the American Association of State Highway and Transportation Officials (AASHTO) on American Recovery and Reinvestment Act (ARRA) job creation; jobs in terms of full-time equivalents 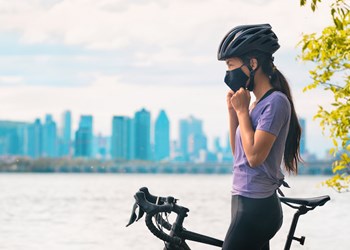 The 116th Congress passed the $900 billion COVID-19 Emergency Relief Act of 2020, a wide-ranging economic stimulus package that includes support for...

We have an unprecedented opportunity to work with federal policymakers to put Americans to work building the strategic connections that enable healthy...

When Trails Connect Everyone, Everywhere

Throughout this year, as we’ve continued to galvanize the trails movement in a virtual world, the movement itself has inspired us—in particular, the...