In the past decade, much research has been published about the effects of socioeconomic imbalances on health and wellness. In observance of American Heart Month, RTC is pleased to present this post by Dr. Ted Eytan, which discusses a factor that health professionals attribute as being particularly relevant to the short- and long-term health of communities: walkability.

By using the rigorous methodology laid out in this 2007 survey study, Washington, D.C., is the most walkable city in the U.S.

According to the report:

However, the researcher, Christopher B. Leinberger, also produced this report in May 2012, which looks at deeper attributes of walkability, including the use of a 162-item audit tool, to assess “objective data on built environment characteristics hypothesized to be related to physical activity.” 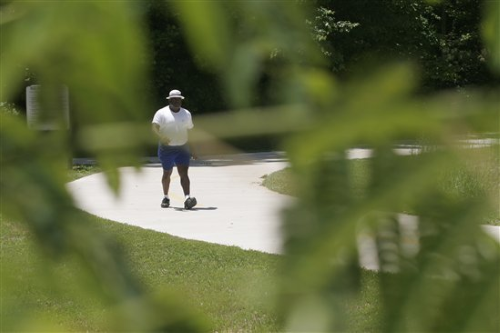 They stratified walkability into five levels (5 = highest) and then looked at economic characteristics of these areas. The results confirm what was emphasized in the “Weight of the Nation” series, which is that lack of money is not the only problem that poor people have when it comes to their health. It’s the lack of walkability that results in poorer health outcomes. This report found that—

The study authors didn’t look at health outcomes, but I can tell pretty quickly from this map that the non-walkable areas of Washington, D.C., are the ones with an obesity rate of 42 percent—higher than that of Mississippi, the state with the highest rate in the U.S.—and the walkable areas shown have the lowest obesity rates, in the 13 percent range.

It appears that we’ve arrived at a place where not having the ability to walk has far reaching associations with economic and physical health.

The authors make a good case for the consideration of “walkable placemaking” in the creation of policy and urban planning.

The scoring methodology provides a basis for understanding gaps that can be measured and closed for people who are disproportionately affected by an environment that conspires to reduce their individual effectiveness in being healthy and productive.

The health system is very much affected too; I can imagine that the hard work of doctors, nurses and health care organizations becomes less effective because of unsupportive community conditions.

Data like this should hopefully stimulate all community stakeholders to understand the problem and work to reduce its unequal impact across the population.

District Of Columbia Equity Walkability and Bikeability Why Use Trails?