Thriving Parks and Communities for Everyone Forever

Bayou Greenways 2020 (BG2020) is a $220-million public-private initiative that, when complete, will connect 150 miles of trails and linear parks along Houston's far-reaching system of bayou waterways. BG2020 is transforming 3,000 acres of underutilized open space along the bayous into linear parks and hike-and-bike trails and adding more than 80 new miles of trails within the city limits that will ultimately put nearly 1.5 million Houstonians within 1.5 miles of a Bayou Greenway.

The project is built on a century-old vision by urban planner Arthur Comey to create a connected, equitably distributed trails and green-space network accessible to all residents that showcases the ecological and historical significance of the bayous—a system of waterways that influenced the founding of Houston. Specific objectives of the BG2020 plan include the following:

The transformative project is helping redefine Houston as a beautiful, healthy and active city of the future.

Funding for BG2020 includes $100 million in City of Houston bonds, passed by Houston voters in 2012, and $120 million in philanthropic support, raised by the Houston Parks Board.

Corridors: Explore the Bayou Greenways corridor plan on the Houston Parks Board website. 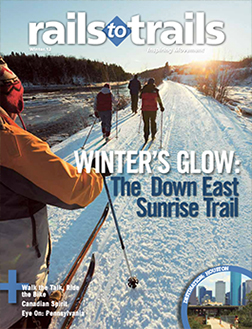