NOTE: As you head out on the trail, remember to follow the guidelines by the Centers for Disease Control and Prevention, and state and local governments. For resources on how to #SharetheTrail and #RecreateResponsibly, go to railstotrails.org/COVID-19.

The Keystone State is a very fitting nickname for Pennsylvania—not only for its central role in the development of the country, but also for its role as a leader in national trail development, claiming 188 completed rail-trails to date collectively spanning more than 2,100 miles. That’s more rail-trails than any other state!

Check out this list of 10 of our favorites, which travel through major metropolitan areas, by some of America’s most treasured historical and cultural sites, and through the breathtaking wilderness and viewscapes that make the state a premier outdoor destination.

This developing 71-mile multiuse trail encapsulates the rich history and geography of southeastern Pennsylvania, home to the American, Industrial and environmental revolutions. Eventually spanning 120+ miles through the five-county Schuylkill River Greenways National Heritage Area, the route currently travels in fragments from southwest Philadelphia at Bartram’s Garden—the oldest botanical garden in North America—northward into the city and through a variety of suburban, urban and rural communities to Landingville. A highlight is the 2,000-foot Schuylkill Banks Boardwalk, which travels 50 feet out over the river between Locust Street and the South Street Bridge. A 30-mile stretch, which begins at the boardwalk’s northern end and heads to Valley Forge National Historical Park, boasts a plethora of attractions, including the Philadelphia Museum of Art, Boathouse Row and the 2,000-acre Fairmount Park. The trail helps make up part of the Circuit Trails network in Greater Philadelphia.

The Circuit Trails network will encompass more than 800 miles of trails throughout the Greater Philadelphia and Camden, New Jersey region, providing access to numerous parks, watersheds and other natural landscapes for recreational opportunities, like birding.

The gorgeous D&L Trail runs for 140+ miles through eastern Pennsylvania, from Philadelphia’s northern metro area to Mountain Top in the Appalachians. It follows historic canal and railroad routes at the core of the Delaware & Lehigh National Heritage Corridor, where “a combination of geology, geography and cultural genius catapulted the region into a hub of industrial production” in the 19th century. In the south, the D&L passes through the Delaware Canal State Park for some 60 miles, and a side trip in Morrisville leads to New Jersey’s 73-mile Delaware and Raritan Canal State Park Trail. Hauntingly beautiful river gorge views await in the 24.3-mile section through Lehigh Gap and Lehigh Gorge State Park, where a new pedestrian bridge connects to Jim Thorpe (“Little Switzerland”)—a world-class adventure town named after the famous indigenous American Olympic athlete who is buried there.

The trail is part of five regional trail projects: the 800-mile Circuit Trails; THE LINK in the Lehigh Valley, the Northeastern Pennsylvania Trails Forum; the September 11th National Memorial Trail; and the East Coast Greenway. 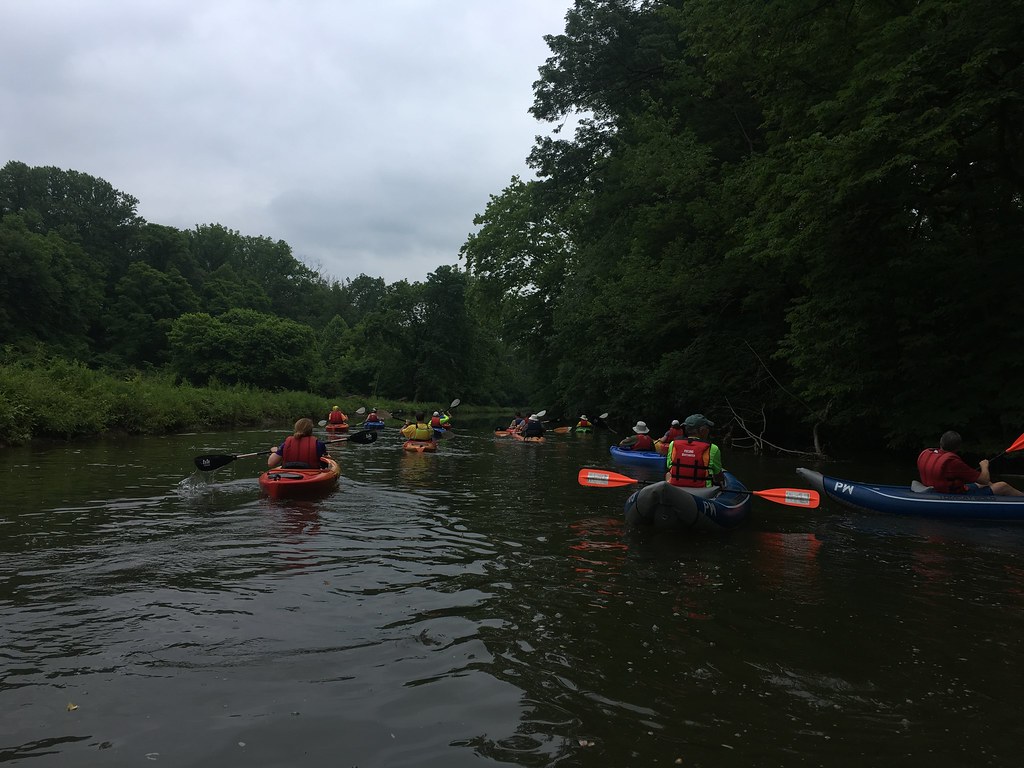 One of the longest suburban trail systems in the United States, the Montour Trail features a diverse selection of bridges, trestles, viaducts and tunnels framed by colorful landscapes and vegetation along a winding 62-mile half-circle route on the western side of Pittsburgh. Both the trail and the railroad are named for the creek that runs alongside them; highlights include the 575-foot Enlow Tunnel (Findlay Township); a 6.3-mile connector in Enlow to the Pittsburgh Airport; the beautiful 900-foot McDonald trestle—which crosses over the Panhandle Trail; and the Chartiers Creek High Bridge and the adjacent 235-foot-long Greer Tunnel just past Hendersonville. At the southeastern terminus in Clairton, you can take the Clairton Connector route (urban, on road) about 5 miles to McKeesport, which links to the 150-mile Great Allegheny Passage (gaptrail.org).

Keep your eyes open for wildlife when you visit the 30-mile Allegheny River Trail in Northwestern Pennsylvania. This segment of the Allegheny River—once a canoe route for Native Americans and French trappers—was designated a national wild and scenic river, and the forests teem with animals, from chipmunks and wild turkeys to deer and even eagles. About 3.2 miles past the junction to the Sandy Creek Trail is Indian God Rock, a large boulder at the water’s edge with numerous inscriptions, including American Indian petroglyphs. At the trail’s end in Foxburg, trail-goers will find pleasant riverfront dining, wine cellars and the historical RiverStone Estate. The trail is also part of the is also part of the developing 1,500-miles-plus Industrial Heartland Trails Coalition (IHTC) and the 270-mile Erie to Pittsburgh Trail.

The Industrial Heartland Trails Coalition (IHTC) is working to create a 1,500-miles-plus trail network that will stretch across 51 counties in four states—Pennsylvania, West Virginia, Ohio and New York—from the shores of Lake Erie, to the confluence of the Three Rivers in Pittsburgh, and on to the Ohio River and Appalachian foothills.

The Pine Creek Rail Trail offers a true destination experience in north-central Pennsylvania. The 62-mile well-maintained trail—which slopes imperceptibly downhill alongside Pine Creek, from Wellsboro Junction in the north to Jersey Shore in the south—runs at the bottom of überscenic Pine Creek Gorge, commonly called the Grand Canyon of Pennsylvania. There are plenty of opportunities to connect to nature—including in the surrounding Tioga and Tiadaghton State Forests in the southern section, and Colton Point State Park and Leonard Harrison State Park in the north. Small towns along the route cater to trail visitors, and numerous trailheads, comfort stations, campgrounds and lodging make extended stays possible.

The 18-mile Lebanon Valley Rail-Trail—and the connecting Conewago Recreation Trail—trace the route of the Cornwall & Lebanon Railroad, which served a local iron mine and foundry until the tracks and mine were wiped out by Tropical Storm Agnes in 1972. Starting in Lebanon, you’re in a good spot to sample Pennsylvania Dutch cooking—from Lebanon bologna to scrapple, to schnitz un knepp. Heading into Cornwall, you’ll pass the brick Gothic Revival Cornwall Iron Furnace building—circa 1742, and part of a National Historic Landmark District—after which Mount Gretna, site of Coleman’s resort and an arts and education retreat, emerges to welcome visitors and vacationers.

In Lebanon, in the first of two separated segments of trail, you can catch some R&R at Union Canal Tunnel Park, a National Historic Landmark that offers boat rides, as well as picnic tables and walking trails.

Spanning 27.4 miles from New Freedom to York, the Heritage Rail Trail County Park (Heritage Rail-Trail) (along with the connecting 19.5-mile Torrey C. Brown Rail Trail, a fellow Rail-Trail Hall of Famer) travels the historical route of the former Northern Central Railway corridor, which once connected Harrisburg to Baltimore, Maryland. Built in the 1800s, the railway was used during the Civil War to provide supplies to Northern troops heading south. For an immersive historical experience, trail users can board a replica 1860s steam locomotive from New Freedom to Hanover Junction. Most of the trail has a crushed-stone surface and is horse friendly—and in the winter, the route is popular with cross-country skiers and snowshoers.  The trail ends at the 150-acre John C. Rudy County Park, which has parking, restrooms and a variety of outdoor amenities.

The deserving winner of DCNR's Pennsylvania Trail of the Year award for 2014—in part for its natural beauty and the dedicated volunteers who’ve made the trail a success—the 51-mile Redbank Valley Rail Trail is an example of local and regional connectivity at its best. The pathway follows a rail corridor developed by the Allegheny Valley Railroad in 1872 to carry passengers, coal, and lumber to Pittsburgh and beyond. Ceasing freight service altogether in 2007, the corridor—also a part of the IHTC trail network—now carries trail users along the forested banks of Redbank Creek for more than 41 miles to the Allegheny River and along a 9-mile perpendicular spur to Sligo. Much of the trail runs along Redbank Creek and includes many bridges and beautiful stone arches. The trail also connects schools, soccer fields and rural areas to commercial and residential centers.

Extended outward in three paved, connected segments from Pittsburgh’s famous Point State Park, the aptly named Three Rivers Heritage Trail parallels its namesake three rivers—the Allegheny, Ohio and Monongahela—for some 33 miles through the heart of the Steel City and into the surrounding neighborhoods. Built on the former river and rail routes that helped lift the city into prominence as an industrial powerhouse, and attributed as a major source of revitalization for Pittsburgh’s waterfront, the trail features the best that Pittsburgh has to offer, connecting major art, performance and sports venues; historical sites; greenspace; and some of the city’s most well-known neighborhoods, including Downtown, the Southside, the Cultural District and the Strip District.

The trail also shares a corridor with, and links to, one of America’s most well-known rail-trails, the 150-mile Great Allegheny Passage (gaptrail.org), and serves as host trail for the Industrial Heartland Trails Coalition.

Since its inception in the 1990s, the 150-mile Great Allegheny Passage (GAP) (gaptrail.org) has become a premier bucket-list destination for bicyclists and hikers, drawing some 1 million visitors annually. Connecting five counties and 15 communities—the GAP is what rail-trail dreams are made of, with Pittsburgh as its western focal point, historic Cumberland at its eastern base; sprawling foliage-lined landscapes through the Laurel Highlands; 34 bridges and tunnels; and relics encapsulating the region’s industrial and Revolutionary War history. One of the first designees to the Rail-Trail Hall of Fame, the GAP helps host the 1,300-mile September 11th National Memorial Trail and the 3,700-mile Great American Rail-Trail™. In Cumberland, Maryland, people can link with the 184.5-mile C&O Canal Towpath for an iconic 334.5-mile journey between Pittsburgh and Washington, D.C.

Related: How the Great Allegheny Passage Transformed a Region

Want to experience one of these or some 60 other great Pennsylvania trail destinations? You’ll find maps, helpful details and beautiful photos of 70 multiuse trails across the state in our Rail-Trails: Pennsylvania Guidebook, available here.

When you subscribe to Rails to Trails magazine, you'll have access to many other features like this one. Our magazine is a premium of Rails-to-Trails Membership. Join today to start receiving the magazine!